The town that time forgot... 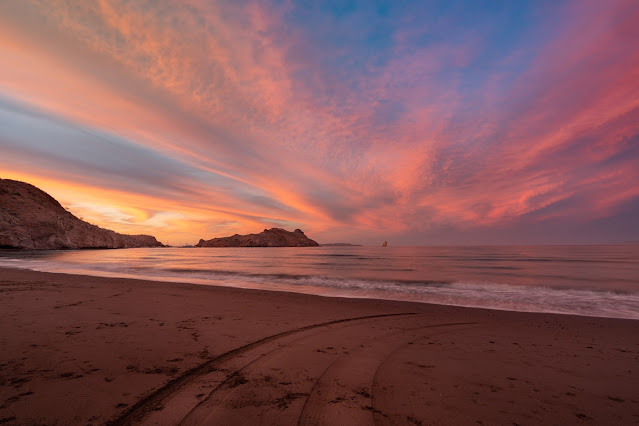 Every time I hear those two words, my spirit livens and my pulse quickens.  I had heard about Agua Verde on my first Baja expedition but I was breaking down constantly on that trip: brake lines, shock mounts, my chassis even cracked.  And the road to get to Agua Verde is as famous as the place itself. 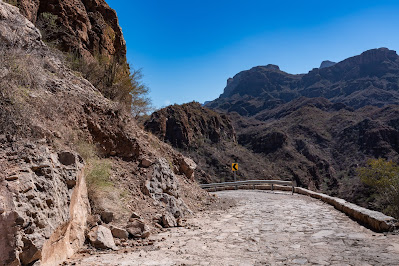 The old timers will tell you that back then, the road was far worse.  And that no one knew about this place before the internet, it was unspoiled and virgin.  When I finally got the gumption to drive the road, going down was definitely a bit sketchy.  Then once you thought it was smooth sailing you had to traverse one of the worst 10km of washboard I've driven.  The grand finale is another single track, highly exposed gravel track that opens into paradise. 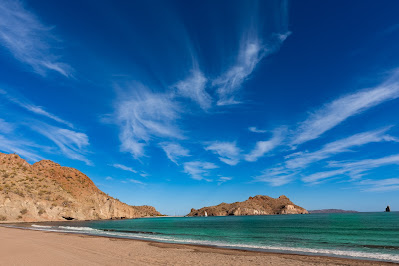 But yet, the first time I got down to the town and drove out to the beach, I got out of my car and was mildly disappointed.  Sure, the bay was tight, protected, and beautiful, but it wasn't any more brilliant than Bahia Concepcion or the beaches of La Paz.  A bit defeated, I set up my camp on the beach and made a campfire.  Before it was even lit, one of the locals stopped by and invited me to his restaurant.  He said if I didn't want to eat I was welcome to use the bano and that he was working on showers.  He made it clear that the town welcomed travelers.  I shook his hand and settled in to watch the sunset.  About 20 local children played volleyball behind me, while my friends Lily and Joe had already adopted a new camp dog we called Steve.  It was one of the best sunsets I've seen and is a feature on my 2023 photo calendar. 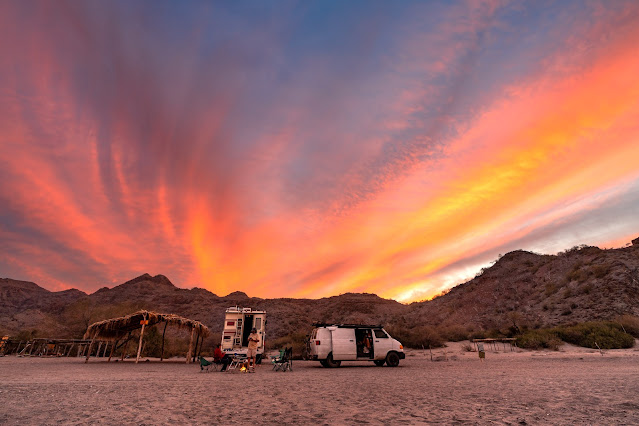 When the sun rose the next morning, I felt a lot different.  The rays of light and the soothing waves really made me feel at peace and the steep mountains that surround this bay and town really make you feel like you are in another world.  I walked around the town, visited their small market, and took pictures of various landmarks.  There were at least two churches, a school, and a torteleria that was being built.  Most buildings had solar and piped in water, and the houses were vibrantly painted and well kept.  For a place so remote and seemingly cut off from the outside world, it appeared life was good here.  I like to explore all over new towns, and being from Baltimore, I felt much safer here and the streets were definitely cleaner!  And that night, the kids all played volleyball.  Some of their parents would walk the beach.  Agua Verde was growing on me.

A few days later I took a hike, and explored some of the trails into the nearby mountains and looked for the source springs that provided fresh water to this community.  One of the springs seemed like it had run dry many years ago, the other didn't seem to be flowing great for a growing town.  Water is a precious commodity in these parts and I hope that recent weather has served them well.  One of the things I was impressed with was the mountains and trails themselves.  There were numerous canyons and peaks to scramble around get amazing views of Agua Verde and beyond.  The area to the south I believe is a ranch and looked absolutely amazing.  The peaks behind offered some of the most dramatic views in Baja.  Hiking to the other side of the bay was another great beach and an estuary of sorts with tons of birds and flowers.  The beauty of these few square miles is insane and now Agua Verde was one of my favorite places. 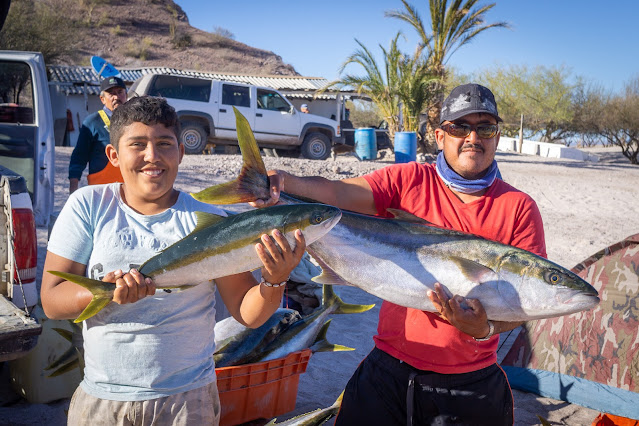 One of my favorite Agua Verde stories is the boat pickup.  One of the neighborhood kids pulls up in an SUV, waiting for someone.  He is there for an hour and then leaves.  After he leaves a panga shows up, gets close to shore and looks like theyre waiting for someone.  After 30 minutes he try's to bring the boat in but it's too choppy so he gets back in the boat defeated.  Now the kid shows back up!  He backs into the water with a trailer and they get the panga hooked up.  Now as he is trying to pull the boat out the SUV keeps stalling.  It stalls out, they take out a bat and beat on the exhaust until it runs again, move a couple feet until it stalls again.  Repeat.  The problem is the tide is coming up faster than they are making progress, and soon the SUV is stuck in the water.  By now a few onlookers have assembled but everyone is laughing and having a good time, the tide is rising but not a care in the world!  A little girl breaks free from the group and runs into the restaurant to tell them of the debacle.  Within minutes a big pickup truck is there with a towstrap and is pulling the kid's SUV out.  But it's too far gone.  Just as I was going to go over and offer help, out of nowhere a huge pickup truck with a winch shows up, yanks the SUV and the boat out, and everyone cheers.  The trucks go home, the kid beats on the exhaust some more, and then drives the panga back to his home while everyone cheers.  No one got mad, no one freaked out, no one asked for money.  There was a problem and they were going to solve it.  That night the kids all came back and played volleyball.

I'm not going to pretend that I know everything about Aqua Verde, to the contrary, I know very little other than my own experiences there.  I know it's long been a port of destination for the sailing community and that the townspeople run a sustainable and profitable fishing industry.  The people seem happy and they're definitely kind.  The beauty of this place extends past the sandy point and the bay and into the hills and the freshwater that gives this place life.  Agua Verde has become one of my favorite places and although beautiful, it's the people that set it apart.

Many of us don't want to see the growth of these places and want them to stay a secret.  I can tell you that there are few secrets anymore, and Agua Verde isn't one of them.  The road will keep casual tourists at bay, but now National Geographic tour ships set dock once or twice a week.  And we have to consider the townspeople as well.  Some of them want to see growth, provide for their families, or maybe just buy an iphone.  They have the right to all of those things.  Some of them want to start a new business or have internet access.  Kids may want to attend a university and meet kids from other towns.  Growth and change is inevitable, and it's the people of Agua Verde who should decide what happens to their town, not people like us who are merely visitors.

My hope is that the people of this town get everything they're looking for to add to their remote paradise.  The internet is coming and I’m sure the road will be improving and soon I'll be one of the old timers bitching about "how things used to be".… I just hope the kids still play volleyball.

Thanks for reading, last year I picked up almost 200 pounds of trash from remote Baja beaches like Agua Verde.  I pick up one pound of trash for every one of my Photo Calendars that I sell each year.  I'm a professional photographer and part time story teller who loves to travel, check out my gallery of photos from around the US and MX on my website. 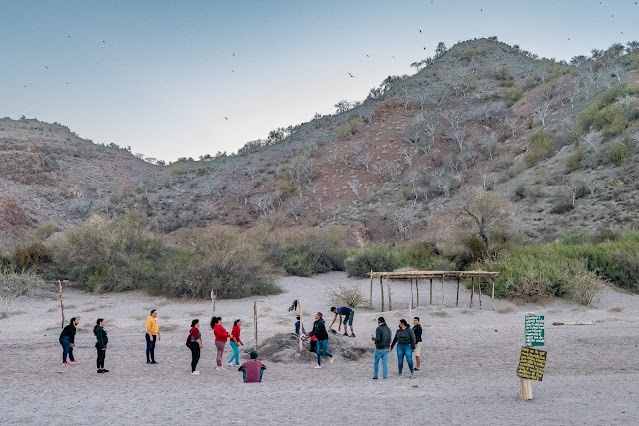